Achieving real-life results with your business all starts with purposeful intention.

Cheers to you, Entrepreneur

Join the community of business owners experiencing joy and measurable business growth by choosing intention over guesswork and having a planned purpose behind their marketing, sales and leadership.

Our entrepreneurs come from all over the globe, include all types of businesses and have a variety of backgrounds but are united under one optimistic certainty— There’s a Plan for That!

In 2003 we started our company with a $6,500 budget and entered into a competitive space to become a Nationwide Ad Agency that was and has remained fiercely merciless. What became clear right away was that we would not be able to out-spend other ad agencies.

In the early years of 2003-2007, it was a lot of trial and error. We were hustling and working long hours. We felt good about it but profits were minimal. We caught ourselves several times trying things other agencies appeared to be doing: cold calling, offering deep discounts, spending money to have a booth at conferences, attending mixers, competing with others, trying to sell and talk the same way our competitors were.

We knew we had to stop mimicking, stop guessing and try something else, but what? The answer became clear…we had to set clear expectations and be flatout better at entertaining, educating and engaging future customers that could actually make a decision to hire us. We became hyper focused on drawing in qualified leads by monitoring market trends, consumer behaviors and the ever changing digital landscape. We also had to become experts at negotiation and closing the sale once we had a prospect interested. Ironically, we had to become pros at what clients were hiring us to do for them.

We started growing and from the end of 2007 to the beginning of 2008, had added a lot of clients over the last 60 days. The big question: Why were we seeing such huge growth and how could we keep it going?

Feb 11th was when we discovered that when we were intentional about the mix of content we were producing, what we were saying, when we were saying it, how we were getting it out there and following our strategy without hesitation from start to finish we were attracting sudden interest and a closing sales quickly. This was the beginning of our digital marketing and social media plans.

Today, several years and many updates later, we have perfected these plans that are directly responsible for the massive profits our clients deserve. Our clients no longer have to waste time, take risk with vendors or platforms, or waste money…They have intentional plans to follow and these strategies are available to you. Think of it as having your own International New York Ad Agency retainer helping your company become highly coveted by the customers you desire and teaching you how to close sales fast. If you’re ready to evolve the way you lead, market and sell to achieve the results you’ve dreamed about, then call us to get some guidance at 518-631-5505. 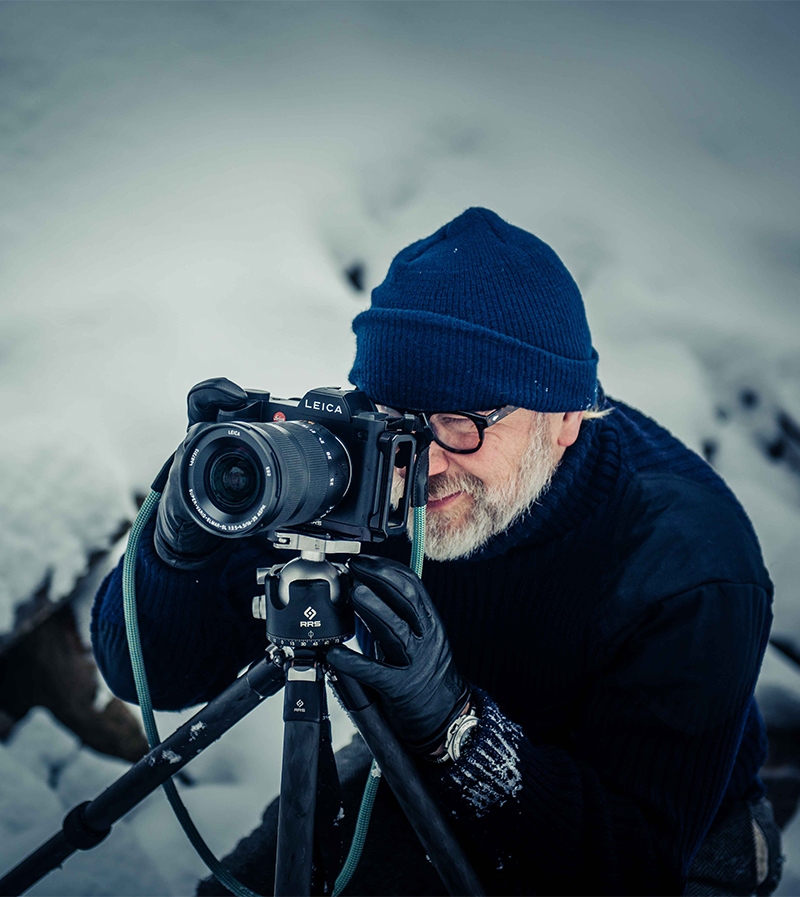 Who is Paul Potratz

Paul’s passion is arming business owners with the skills to be confident and flexible when handling even the most daunting of business challenges and makes it his mission to help owners transform their business through proven plans!

As the Owner of Potratz, Paul is a self-employed risk-taker, rain-maker, promoter, thinker, proprietor and problem solver. Being a business owner is in his blood. Paul’s father owned a business and Paul spent years watching and working alongside him. It was there where he fell in love with the idea of helping business owners.

Paul takes his passion to business owners; sharing his knowledge, mistakes and all, with others to help them grow. He knows there’s always work to be done, improvements to be made and obstacles shatter using Proven Plans.

Hundreds of Entrepreneurs and GROWING! 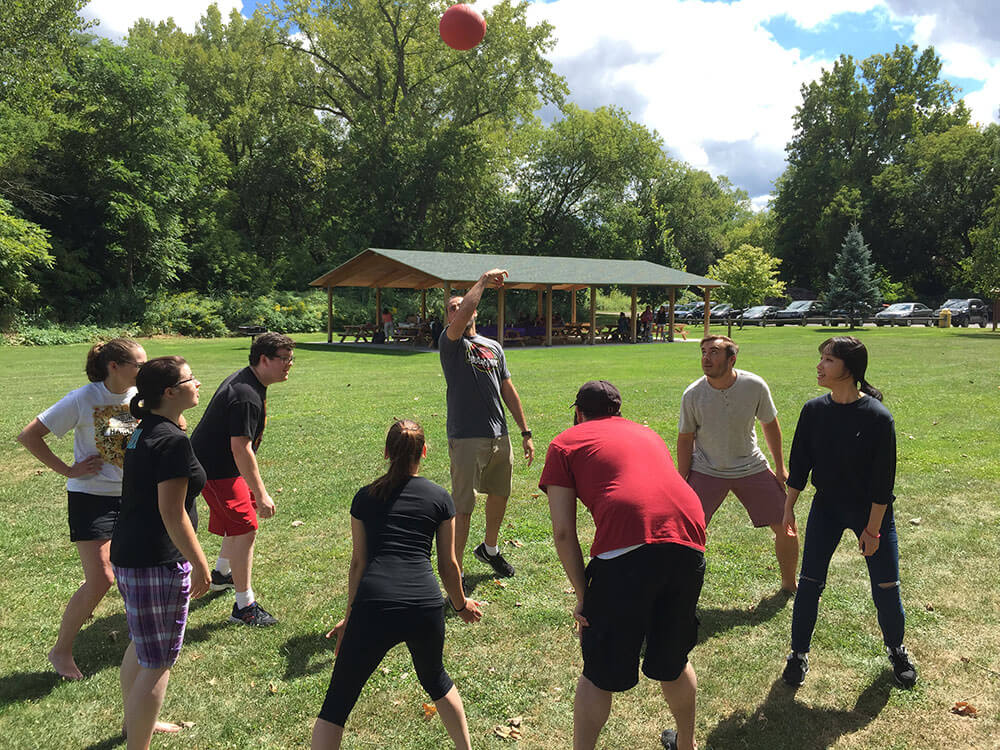 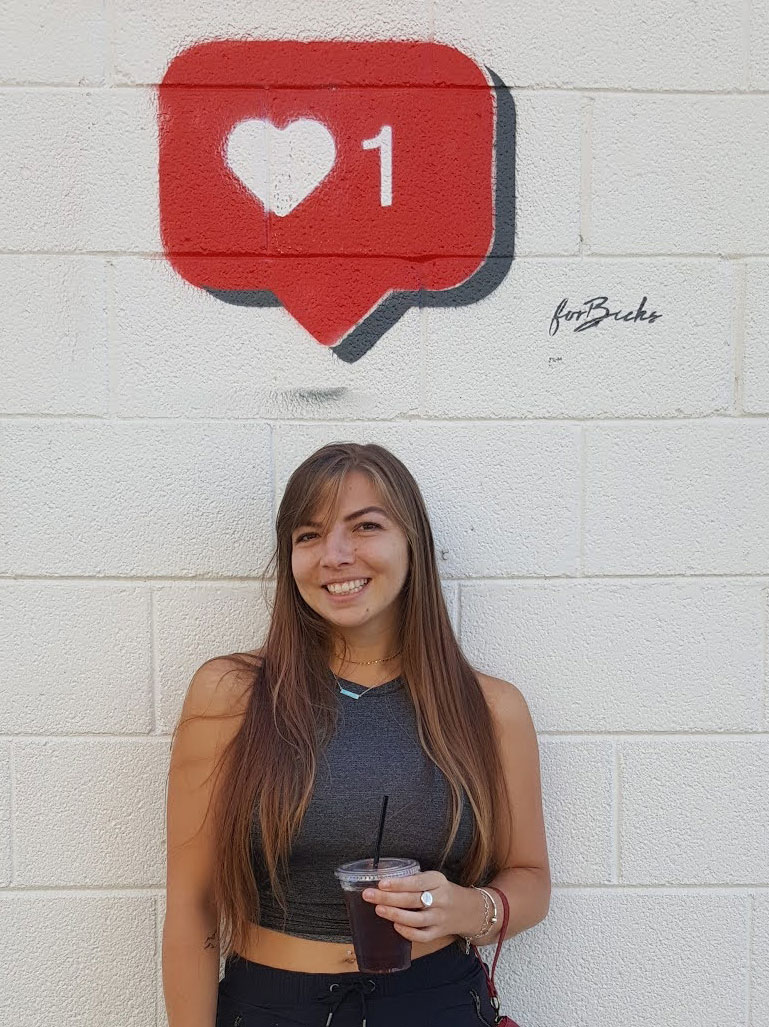 Who is Sarah Brewer

Sarah is creatively driven with a uniquely strategic mindset. She enjoys pushing the boundaries of what can be achieved by coming up with innovative solutions and strategies. Her drive to explore new avenues and think outside the box serves her well as a Digital Marketing Strategist at Potratz. In this role, Sarah implements creative strategies into clients digital and social channels to increase engagement, drive conversions and to convert followers into customers.

Sarah’s need for exploration goes beyond her digital work, you will find her hiking in the Adirondacks, working towards becoming a 46er, or taking up a new hobby such as fly fishing. She is constantly challenging her own personal boundaries, seeking opportunities and potential for growth, and asks her clients to do the same.

If you’re ready to transform your digital and social presence, make sure you have a sense of adventure packed and ready to go!

HERE’S TO THE ENTREPRENEURS,

THE FAMILY PROVIDERS, THE DIFFERENCE MAKERS,

THE JOY BRINGERS, THE GAMECHANGERS,

THE ONES THAT ARE DOING IT ALL TO DELIVER. 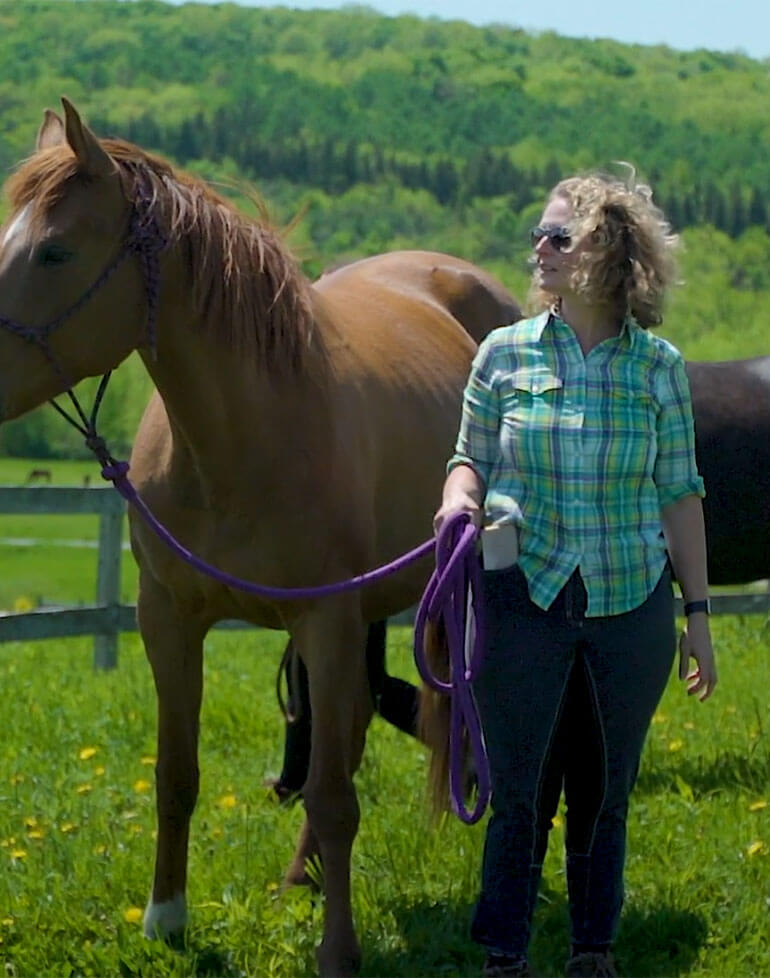 Who is Christy Potratz

Christy is the architect and initiator of the Inverted Pyramid within our organization. After spending years in management in the banking industry and working within the confines of the top-down management organizational style, she knew there was a better way to improve company profitability, communication and clarity that builds an agile company capable of surviving fierce competition or economic downturn.

She tested her theories with team members within Potratz and it worked, marking the very start of our Visionary Leadership Program for companies throughout the Northeastern United States. Employees of companies come to Christy's farm to learn from horses and leave as teams that are agile, empowered and have a strong sense of ownership in what they bring to their company.

Christy is on the Board of Directors for The Girls and Boys Club of Schenectady and the Entrepreneurs Organization where she uses her expertise on visionary leadership to help more businesses succeed and prosper.

Who is Mike Lemery

Mike is a Senior Video Producer who has been working in the industry for over 12 years as video producer, shooter and editor. He learned early in his career to get the best shot, sometimes you have to get a little dirty. Mike has been known to do whatever it takes to make sure we get that perfect shot.

Mike has a great talent for taking your idea or business and turning into a moving and cinematic visual. He has worked on numerous projects that have won awards, such as Telly’s and Addy’s and was also a finalist for the Nat Geo Wild to Inspire competition for his work filming Bald Eagles. Mike never lets weather get in the way of his vision whether that’s carrying a Movi in 90 degree heat accross Florida beaches or getting a shot of Bald Eagles catching fish in below zero temperatures in New York. His experience and passion ensures that clients look their best and their ideas come to life on screen.

Who is Juliana Warren

Juliana is a Senior Digital Performance Manager with over 5 years of industry experience. She craves knowledge and expanding her range of digital strategies. You'll always hear about new technology or a new method of getting things done faster for the same or better outcome form Juliana.

Beyond her years of digital work, she also has a background in automotive BDC, copywriting, video production, photography, and working radio station events which equip her with a 360 fuller picture of how marketing efforts work across various media outlets. In tandem with her quest to learn and discover, she loves to explore, travel, and push her creativity, spending her free time making jewelry, writing poetry, knitting, and drawing.

When faced with a challenge, Juliana attacks it from all angles believing it is better to see all sides of a situation than to have a narrow viewpoint. Strategy, creativity and new perspectives are on your side when working with Juliana.